Alina Spencer grew up dancing in her hometown of Liviv, Ukraine and fell in love with Ballroom and Latin dance at a young age. A true lover of music and movement, Alina brings a brilliant and graceful approach to dance, which has led her to great recognition with partner Alex Spencer. She thrives in the competitive yet artistic world of Ballroom and Latin dance and has become a popular dancer in the professional circuit. Over the course of her career, Alina has won various awards and has placed high in championships around the world, including the Ukrainian National under 21 Latin Champion, Cup of Europe Latin Champion, and 2012 World Championship. When she’s not competing, Alina teaches alongside partner Alex Spencer, where her warmth and humor have made her a popular dance instructor​​. Alina is an USA Dance C++D++ adjudicator.

Alex Spencer’s passion for dance began at the age of seven years old. Originally from Atlanta, Alex started his dance career at the Academy of Ballet Arts and danced at various, prestigious schools throughout his younger years. It wasn’t long before ballroom tugged at him, and he has never looked back. Alex officially began his teaching career at local studio after which he relocated to New York City to pursue greater dance opportunities within the Ballroom and Latin dance circuit. Alex’s accomplishments are remarkable, with many awards and recognitions over the years. He has competed nationally and internationally, placing top honors in many open amateur and professional events, including the National Amateur Final and numerous Professional Rising Star Championships. Most impressive is his approachable and exuberant nature that he brings to dance and his teaching. Equally concerned about technique as he is about the people he teaches and dances with, Alex is a respected competitor and a sought-after teacher, and pro-am competitor. In addition he is a USA Dance Certified Adjudicator (A+C+D+). 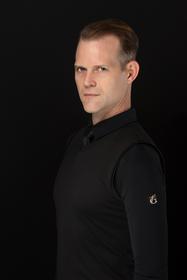 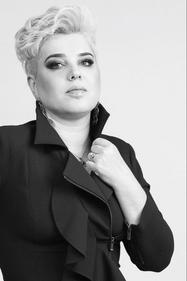 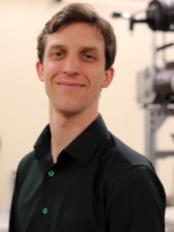 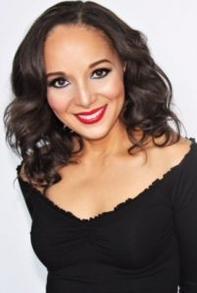 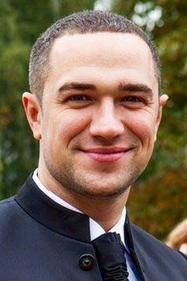 ​
Katrina is a professional competitor, coach, choreographer and adjudicator and current VP of DanceSport for USA Dance. She danced competitively in Russia for 20 years and represented Russia at international competitions including the 1998 Olympic Asian Games. As an instructor, Katrina has taught children and adults all over the world, including Korea, China, Macau, and Hong Kong. In 2007 she came to United States and opened Volga Dance Academy, the most successful competitive dance program for children in the Southeast. With her focus on fitness, gymnastics, and dance Katrina has developed some of the area’s best junior, adult, and pro/am students. In 2014 she became the organizer for the amateur competition The Volga Cup, which is held each year to promote amateur DanceSport in the USA. Katrina is a WDSF International Adjudicator and USA Dance A+ B+ C+ D+ National Adjudicator. 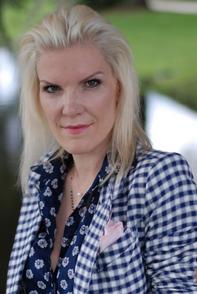 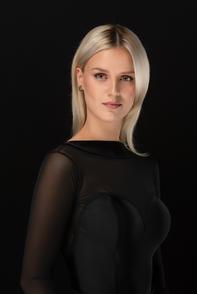 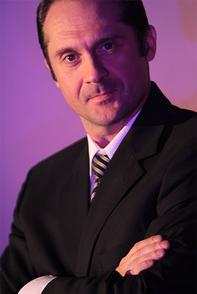 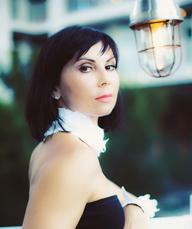 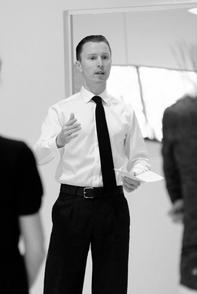 Nicolay is a nationally certified ballroom dance instructor who enjoys teaching and competing Pro-Am with her wonderful students. As an active member of The National Dance Council of America she trains, and performs in American Smooth, Rhythm and Theater Arts styles of Ballroom Dance. Nicolay began ballet training at age 3. She danced with the Atlanta School of Ballet and performed annually in The Nutcracker at the Fox Theater in Atlanta, Georgia. In New York City, she trained with instructors from the School of American Ballet, Pilobolus, and Alvin Ailey and performed with a Professional Dance Theater Company. Her musical credits include: The Wiz, West Side Story, Grease, Carmina Burana, Cabaret, and Leonard Bernstein’s Mass. She has performed in national Coca-Cola commercials, choreographed musicals, original ballet, jazz and modern dance pieces, participated in the Governor’s Honors Dance Program and danced as a soloist at both the State of Georgia’s Governor’s Inauguration and at the Presidential Palace in the Republic of Panama.

Martin was born in Lithuania and started taking dance lessons at the age of 5. At the age of 18, he was granted a scholarship and was accepted to study ballroom dance in Lithuanian Sports University (LSU). During his time at LSU, he met his current dance partner Liene. They formed a long lasting dance team and began competing together in 1998. In 2001, after graduating from LSU with a Bachelor’s degree in Ballroom Dance, Martin continued his graduate studies and in 2003 graduated with a Master’s diploma and major in Sports Psychology. Martin had the privilege to represent Lithuania and Latvia in many Professional ballroom dance competitions – World and European championships, UK Open, International Open, British Open, and German Open Dance Championships. Martin is a highly demanded dance professional: competitor, teacher, choreographer, adjudicator, and coach. He shares his knowledge and insight with students from Georgia, Tennessee, South Carolina, Florida, Missouri, Pennsylvania, California, and New York. Five years in a row he was awarded a Top Teacher Award at the United States Dance Championships. Martin is an active member of National Dance Council of America (NDCA), World Dance Council (WDC), American Dance Therapy Association (ADTA), Professional Dance Vision International Dancers Association (ProDVIDA). He is Certified Dance Teacher, Certified Professional Competitor, and WDC and NDCA certified Ballroom Dance Judge.

Renata Shvarts is a USA Dance Chair of Judges & National Certified Adjudicator who has judged some of the largest and most prestigious dance competitions in the world. She is the co-owner of the Basic Ballroom and Ballroom Hub dance studios. Her students have been competing and winning major dance championships worldwide.

Liene was born in Riga, Latvia and started taking dance lessons at the age of 4. Ever since, she has competed in national and international ballroom dance competitions in many European countries. At the age of 18 she moved to Lithuania to study ballroom dancing in Lithuanian Sports University (LSU) in Kaunas. A year later she did meet her current dance partner Martin Reinbold and formed a long lasting partnership. In 2000, after graduating from LSU with Bachelor’s degree in Ballroom Dance, Liene continued her graduate studies in Riga, Latvia and in 2002 graduated with Master’s diploma in Small Business Management. Competing with Martin as an amateur until 2005, and then as professional, Liene had represented Latvia and Lithuania in many dance competitions, including World, European, and regional championships, UK Open, British Open, International Open, and German Open Dance Championships. In 2009 Liene and Martin started competing in the United States and their performance did not stay unnoticed – they were offered a top tier dance instructor positions in the leading dance studio in Atlanta, GA and since 2011 Liene and Martin call Atlanta home. Liene is the Owner of Dance Harmony, an independent Ballroom Dance Studio located in Alpharetta, GA.

Born in Romania, Sorin studied ballroom dance, ballet, and folk dance at a young age. He continued dancing and training during college and eventually turned his passion for ballroom dance into a wonderful career. For nine years he danced in a Professional Arts Ensemble in his home town and performed weekly, achieving the title of​ Soloist Dancer, and gracing the stages of theaters in Romania, France, Poland, Ukraine, Germany, and the United States. ​Sorin made the United States his home in 2002 when he discovered the beauty of American Smooth Ballroom Dance style and decided to pursue it. He began training with top coaches and now is nationally certified by ​ the DVIDA Association, and is active member of The National Dance Council of America (NDCA).For Sorin dance is an expression of soul that brings joy, health, and balance in life.

Daniel learned about ballroom dance shortly before starting college and jumped in with both feet when he got there, competing just three weeks after starting lessons. He has now been dancing for over five years and is excited to be able to help new students learn the joy of ballroom. Daniel teaches beginner lessons for the Ballroom Dance Club at Georgia Tech. In addition he is the Owner and Developer of Ballroom Comp Express, one of the fastest growing competition management solutions that provides all of the tools that organizers need to run a competition, from registering competitors and setting up events to on deck check-in, managing callbacks and results.